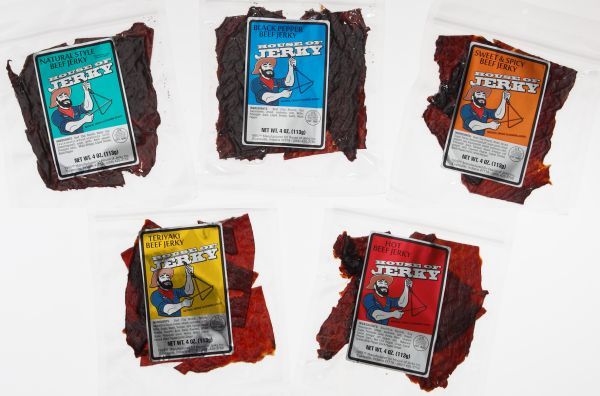 In this family, we all love beef jerky. Given that love for jerky, when asked if I wanted to pair some House of Jerky products with wine, I figured it would be a blast. I was sent a number of samples, 13 in total, of House of Jerky’s line of products. There is a variety of meats- boar, buffalo, venison, turkey, beef, as well as seasonings including black pepper, sweet & spicy and HOT. I’ve already reviewed the seven wines to pair with jerky or smoked meats. So, lets get to the jerky and wine pairings.

WHO IS HOUSE OF JERKY?

Ron and Janie opened their first jerky store in 1996. They had been making jerky for years, and basically selling it on the road side. They believed in their product, and had a vision to deliver the best jerky in the house to your house. Starting with one 100 square foot store, they expanded to an 800 square foot store within a year. House of Jerky now has over 20 retail locations across the US. I really like the quality of the products overall. I was a tad concerned about the price, as it’s higher than the mass produced “Jerky” you get at Walmart. However, some comparison shopping between premium jerky brands show they are competitive with other jerky makers. There is even a fairly popular grocery store brand that ounce for ounce is the same price.

A Recap of the Seven Wines

WHAT JERKY DID WE TRY? 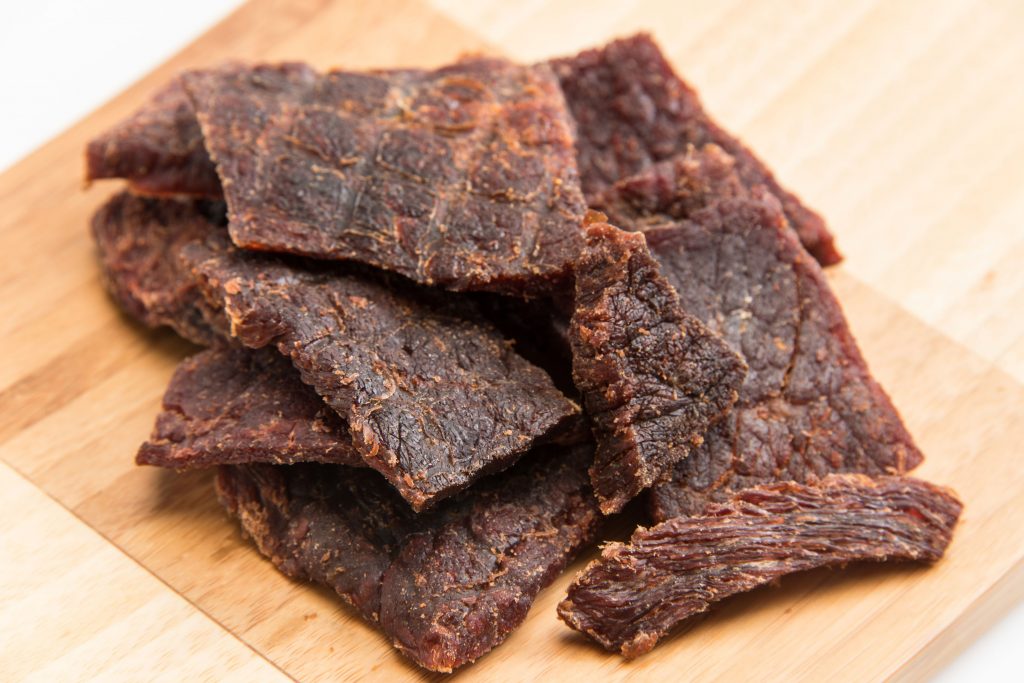 I’ll say this – the HOT jerky, it’s hot. You need to be a fan of hot foods! Of the Black Pepper Jerky options, the buffalo and wild boar were better than the beef in my opinion. They had a nicer black pepper flavor, where as the beef had a big smoke/soy flavor that took center stage.  I really liked the pull and chew of the wild boar best of the three. And, I can say I was eating wild boar! WIN!

As for my favorite House of Jerky products, I really liked the Teriyaki Turkey and Buffalo jerkys. They weren’t salty or very soy based, and had a touch of sweetness. My next favorite was the Sweet and Spicy options, because the balance between the two flavors was fun.

How about you? Are you a jerky or smoked meat fan? Let me know what wine you prefer with your smoked meats by leaving a comment below!