Focused mainly on the tempranillo grape, the tiny wine region of Ribera del Duero has approximately 120 km2 of vineyards, which could fit 16 times in California’s 1,942 km2 planted area. However, the rich wine making history, going back 2,000 years as evidenced by a recently unearthed mosaic of Baccus, has a lot to offer. Recent history of Ribera del Duero wineries begins in 1848, with the purchase of the land that is now Vega Sicilia winery.

Prior to the start of the Grand Tasting, several of the attendees began with a VIP tasting of Vega Sicilia wines, both the Valbuena as well as the Unico, their premier wine. Before the tasting, we learned about the history of Ribera del Duero, including going through the 1800s and the addition of the French and Bordeaux influence to the area. We discussed the consistent quality of wines from Ribera, independent of location and proximity to the river Duero. We went over recent vintages and their “grading”, such as 2006 being a good vintage, 2007 and 2008 being very good vintages and 2009 being excellent. These grades are a function of weather and growing conditions being such that the grapes show their fullest potential to make excellent wines. 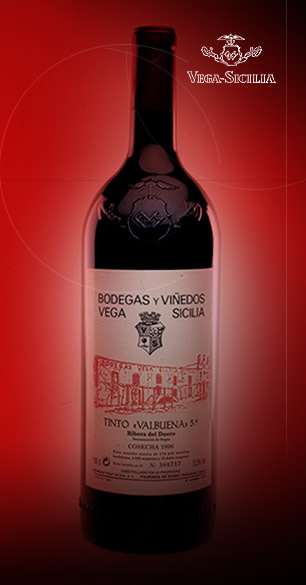 When we got to discussing Vega Sicilia, we learned a lot about their selective nature. They do not bottle all of the juice their grapes produce, sending some to distillation to brandy, rather than destined for quality wine. They feel that vines are at their peak of productivity between 10 and 60 years, and do not use the vines after they reach 60.  The Valbuena wines are from vines between 10 and 35 years old, while the Unico is made from vines between 35 and 60 years. The wines go through malolactic fermentation and then rest for a year in the oak vats. The Valbuena wines are then aged for three and a half years in smaller oak casks, while the Unico are aged seven years.

However, the selective nature of Vega Sicilia goes beyond a prolonged aging process. They carefully monitor the wines, particularly the Unico, before they are released. As an example, the 1970 vintage Unico was released in 1995, after spending 15 years in oak, and 10 additional years in the bottle.  Additionally, there are vintages, many, that have been skipped as the winery did not feel the grapes produced a wine worthy of the Vega Silica name. 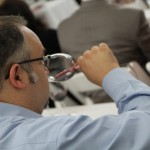 Tasting the 2005 Vila Sicilia Valbuena, which retails for approximately $150 shows a youthful wine. Made of 80% tempranillo and 20% mostly merlot and a little  cabernet sauvignon, the nose offers leather and meat with fine baking spices. The palate offers ripe but dark fruit, with a long finish of leather and white pepper. By contrast, the 2000 Vila Sicilia Unico, which retails for approximately $350, has a nose that was 100% spice and earth focused, with little fruit. The palate was a fantastic leather and spice with an exceedingly long finish. I likened it to siting in a well appointed leather chair smoking a fine cigar. The Unico is 80% tempranillo and 20% mostly cabernet sauvignon with some merlot as well.

After starting off on a high note, I was excited to taste through as many of the wines from Ribera del Duero as I could. I found some very nice wines from the region, and have quite a few pages of tasting notes which I’ll share in the near future. However, what I took away from the grand tasting was not the notes on the 42 of 100 wines I tasted that day. I don’t need to recount the flavor profile of each wine. What I took away, what I loved about this tasting, was meeting Vicente Penalba from Finca Torremilanos and learning about his family run winery, and tasting the passion in each glass. In a future article, I’ll discuss the wines I tasted, but also the passion and excitement with which Vicente discussed them with me.  It was his passion that made me excited about Ribera del Duero wines.