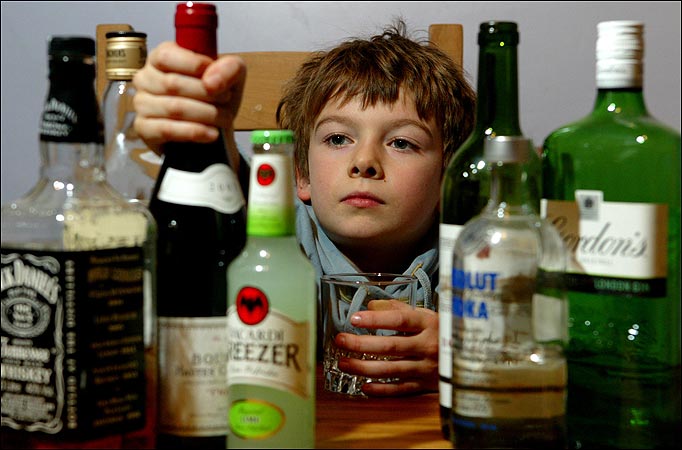 Two weeks ago, my 13 year old son came home from school and told me about a special assembly he sat in on. It was about drug and alcohol use, and he said that it was geared towards scaring them away from both. He rolled his eyes and said “Like we don’t know that by now.” I reminded him that people will try to get him to do drugs all the time, and we talked a bit about peer pressure and abstaining. He told me “They said that if we have even one sip of alcohol before we’re 21, we’re 40% more likely to be alcoholics.” Now, that one really bothered me. I can name a number of kids that had their first beer around 11 years old, and none of them are alcoholics today. They are all quite successful people in business and home life. I filed this chat under “things to think about.”

The thinking came when I received an industry newsletter, and it highlighted a report on NBC News by Cory Binns on September 18, 2012. The title was “Experts Warn Parents: Offering Kids Sips of Alcohol May Backfire.” The gist was parents think introducing kids to wine will help fight off peer pressure in the future. Instead, they said “it could backfire and lead to more drinking later on.” They were basing this on research done at the University of North Carolina at Chapel Hill, which was published in a September 2012 issue of he Archives of Pediatric & Adolescent Medicine. While I’m not the only person to ever tackle the topic of kids having sips of wine, it’s relevant to me because of my being a wine writer and sommelier. I drink wine at home, my son exposed, and I want to be sure he’s not learning bad habits. I also want him to learn an appreciation for wine, both the positive aspects of what it brings to a meal, and the negative aspects of what it can do to you and your body when not consumed in moderation, responsibly. However, in this day and age where a mom can get arrested for her kids playing outside, the last thing I want is Child Protective Services showing up at my door because my son knows that merlot can taste like blueberries and sticks. 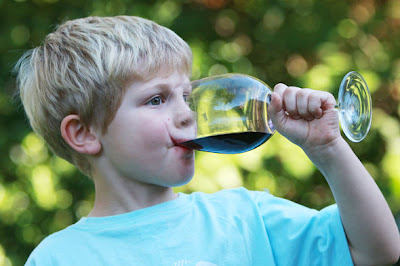 Just this week I saw this article about Bordeaux schools teaching wine education to children ages 6 to 10, and it made me feel a little more comfortable about the situation. It’s not news that European families are “known” for allowing children have a sip of wine with a meal. I believe in Ireland the rule is “If you can see over the bar to order, you can drink.” Maybe that’s just rumor. Anyway, I can understand the the reservation of introducing kids to booze too early. Aside from the whole concept of if they like it, they’ll be more likely to drink to excess, there’s the fact that the brain isn’t fully developed until your mid 20s, and there’s potential for harm. However, I believe that forbidding someone from doing something only entices them to want it more. Think preacher’s daughter in Footloose. I also believe that a sip of cabernet sauvignon to taste the dark cherry and Christmas spice harmonize during a steak dinner won’t send my kid into a life of despair.

While my son has never taken more than 1 sip of wine on any night, I am comfortable with it. He’s perhaps had 10 sips in his entire life, all within the last year. I believe that as with anything in a child’s upbringing, a parental influence is important. I shall not only teach my son right from wrong, but also about math, science, food and wine. The last will be a much slower, more measured education, but it will be part of his education. I’m sure I’ll get a phone call from my ex wife after this article is live. Since I’m sure to hear from her, I’d like to hear from you. I’d love your thoughts on kids drinking wine or beer, both your personal convictions as well as any facts you’d like to share!