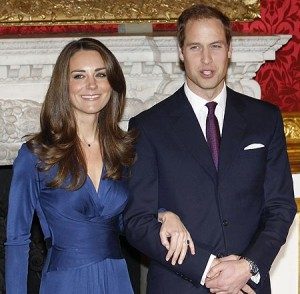 On Friday April 29, 2011 Prince William of Wales will marry Catherine “Kate” Middleton as millions across the globe tune in. Whether you are wholly uninterested, or throwing your own Royal Wedding Party at home to watch the affair, one thing that should hold your excitement is the bubbly served at the event. There had been lot of speculation about who’s sparkler will be served, but it has been confirmed that it will be a true Champagne, from Pol Roger.

However, you do not need to be a Royal or British elite to sip and savor the bubbly served at the Royal Wedding Friday. The Pol Roger Brut Reserve White Foil is reasonably priced at approximately $40 USD, but has all of the finesse and flavor you expect from a fine Champagne. Pol Roger Champagne is imported by Frederick Wildman & Sons, and distributed widely throughout the country.

While I’m sure the chef’s of the Royal Wedding will be pairing caviar with Champagne, you can pair foods with Champagne that are a little more budget friendly. Salty foods go well with brut Champagne, from smoked salmon to tater tots. I’ve served “pigs in a blanket” and a spicy brown mustard with Champagne before, knocking people’s socks off. And if you’ve watched “7 Year Itch”, the delightful Marilyn Monroe educated everyone that potato chips pair perfectly with Champagne.

I’ve put up tasting notes about Pol roger Brut Reserve White Foil Champagne before. It was part of a number of sparkling wine recommendations for Valentine’s Day. However, it can clearly be served at many, and any, occasion.

The following is a press release from the Champagne Bureau, with information about the origins of Champagne. 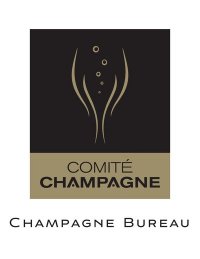 Amid the hubbub surrounding the Friday, April 29, wedding of Catherine Middleton and Prince William, one detail is not to be missed: the happy couple will be honoring tradition by serving Champagne at the reception.

England is the second largest consumer of Champagne, after France and ahead of the United States, according to the Comité Interprofessionnel du Vin de Champagne (CIVC), the trade association comprised of all the grape growers and houses in Champagne. By choosing Champagne to celebrate their marriage, Catherine and William are following the custom of many other royal weddings, including that of Prince Charles and Lady Diana Spencer in 1981.

“Champagne only comes from Champagne, France, but it is consumed around the world at celebrations large and small,” said Sam Heitner, director of the Champagne Bureau, the U.S. representative of the CIVC. “Given the prestigious nature of the occasion, it is fitting that guests at the royal wedding will have the chance to toast to the couple’s good fortune with a glass of authentic Champagne. For those of us who will be watching at home, enjoying the event with a glass of Champagne is a lovely way to join in the celebration.”

Champagne is only produced in one unique region, which covers less than 80,000 acres and lies 90 miles northeast of Paris. The grapes are handpicked and processed in accordance with strict regulations and an intricate hands-on method, carefully developed and cultivated over 300 years. While there are many other good sparkling wines produced around the world, only Champagne is the traditional wine of royal weddings and coronations.

About the Champagne Bureau

The Champagne Bureau is the official U.S. representative of the Comité Interprofessionnel du Vin de Champagne (CIVC), a trade association which represents the grape growers and houses of Champagne, France. The bureau works to educate U.S. consumers about the uniqueness of the wines of Champagne and expand their understanding of the need to protect the Champagne name. For more information, visit us online at www.champagne.us. Follow us on Twitter at ChampagneBureau.