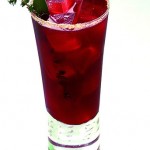 Pass the Turkey by SkyySpirits

Today, we’ll make a Thanksgiving holiday cocktail created by Master Sommelier Fred Dexheimer called Pass the Turkey. The recipe will be after the short video below, where I make it with you. It contains Wild Turkey Bourbon 101, and some other Thanksgiving related ingredients.

Bourbon, which was declared as a “distinctive product of the United States” in 1964, has mysterious origins dating back to the late 18th century. Some attribute it to a Baptist Minister Elijah Craig, others to Bourbon County, KY distiller Jacob Spears. Regardless of it’s origins, bourbon is a spirit with very strict guidelines to make it that distinctive US product. It’s believed that some 90%+ of the world’s bourbon is indeed distilled and aged in Kentucky, though it can be made anywhere it’s legal to distill spirits.

Bourbon is made of at least 51% corn, though typically the mixture is 70% corn and the remainder being wheat and/or rye and malted barley. The distilled mixture is typically 80% alcohol, or 160 Proof, and it must be aged in new, charred oak barrels. What ends up in the bottle has been aged for various lengths of time in the oak, which gives it the color and flavor, and is always a minimum of 80 proof, or 40% alcohol.

Bourbon is of course, a whiskey, similar to Scotch, and is identified with the US as Scotch is identified with Scotland. Bourbon has a variety of taste characteristics ranging from apple and brown sugar to leather, smoke and even acetone. The length of aging and many other factors affect the taste of the bourbon, and the drinks they make. Bourbon can be enjoyed alone (neat), on ice, or with a variety of different ingredients to form your favorite cocktail. I’ll try to create these and more in the coming months, and have you saying Pour Me Another!

Muddle sage and thyme with apple cider. Add ice, top with Wild Turkey and cranberry jelly. Shake well, strain over ice in a glass rimmed with turkey jus and breadcrumbs.

Matt note: i took the leaves of the thyme and sage off the stems before muddling.